After riding through the bicycle hostile cities of Athens and Sparta I am very happy to be taking my breakfast at a bakery directly beside a bike path in Kalamata. AND after the last three grueling and shockingly spectacular days of riding, it looks as though I will be sitting here all morning.

What to say? There is so much! I can confirm many assumptions about Greece. Everywhere in the countryside one can hear the quintessential clanging of a goat bell. Or that there are citrus and olive groves as far as the eye can see. And that Greek men really do yell a lot. But I did not expect that I’d be riding through such incredible natural beauty and nothing prepared me for sheer amount western culture and history that has its roots in Greece.

Here is a taste of what I’ve been experiencing in a somewhat chronological order: 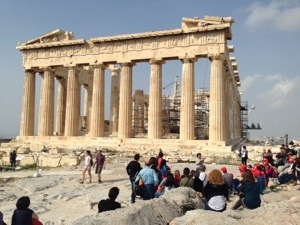 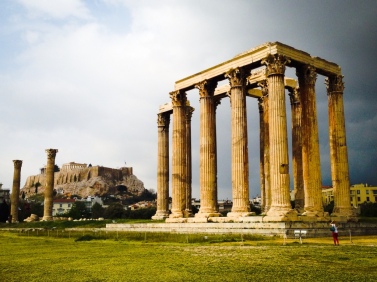 Stayed in Athens two nights at the Athens Backpackers, collecting some supplies from the Monastiraki flea market. Turns out that I could have picked up an assault rifle with my camp stove fuel. I passed. I took in some sites with the Acropolis, not surprisingly, at the top of the list. Really is impressive!

Took the train toward Corinth to get clear of the urban sprawl. And I was helped through a tricky changing of trains by Alex, a Greek guy who grew up in London. Thank you! Then slowly meandered around the coast, passing through small mountain side villages and ending with a campsite in an orange grove.

I took a little side treck to stop at the amazingly well preserved theater of Epidavros. I listened to European teens recite classics in languages I couldn’t understand. The acoustics were unbelievable. This town also held the main temple and origin of the god of healing, Asclepius. The symbol we use for medicine, the two snakes criss-crossing around a staff, stems from this god. Turns out that the priests actually used a kind of talk therapy, positive psychology, to treat the pilgrams and believed in the power of the mind to heal the body. 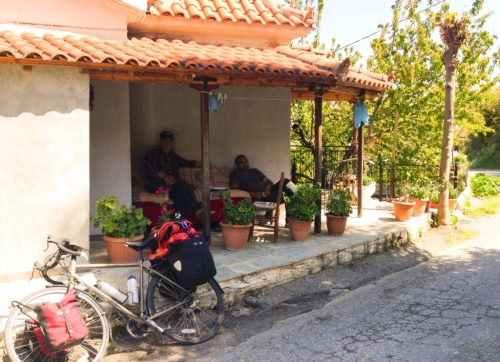 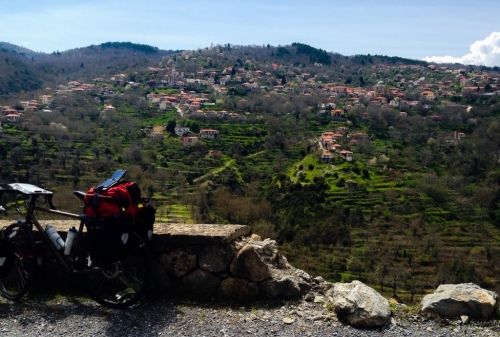 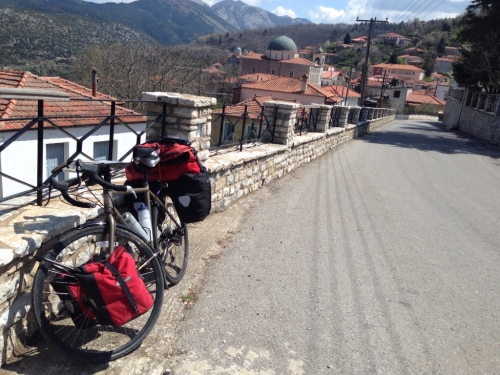 Passing through small mountainside villages. I was hailed in one by someone speaking English. Turns out he had spent some time in Canada and was about to go hunt some special mushrooms. I joined them on their porch for a Greek coffee and saw pictures of what turned out to be Morels! We shared some morel stories, he gave me some advice/ directions for my journey and fully jacked up on coffee I was on my way. 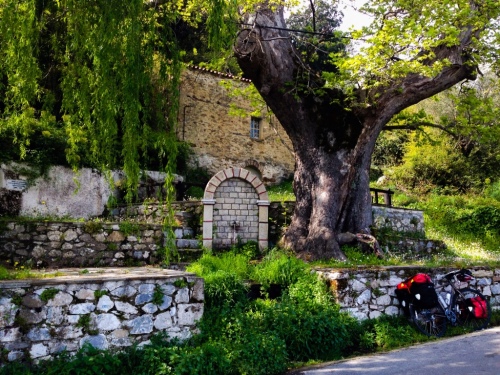 These beautiful fresh water mountain springs are in every village and the water is incredible.

Of course, when in Sparta, you have to take your, “I am Sparta!,” picture. 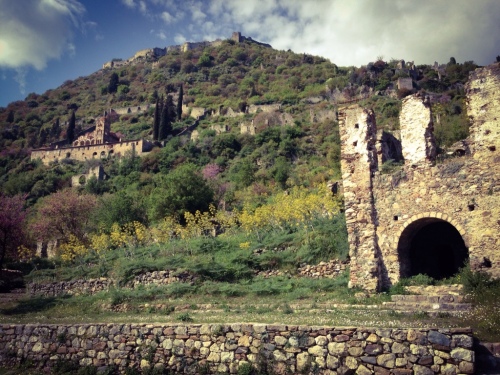 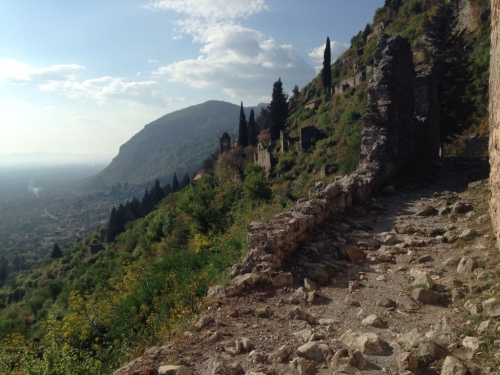 Exploring the Byzantine medieval village of Mystras outside of Sparta. It was the last Byzantine stronghold before it’s fall to the Turks. And my campsite in an olive tree grove the night before.

Switchbacks are my life! Crossing the mountains from Sparta to Kalamata. 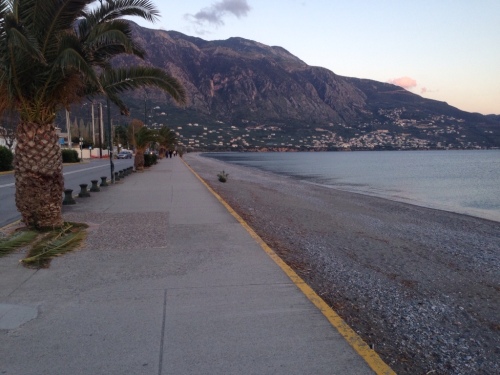 A relaxing night in Kalamata. I’ve seen all of the mountains I need to for awhile. 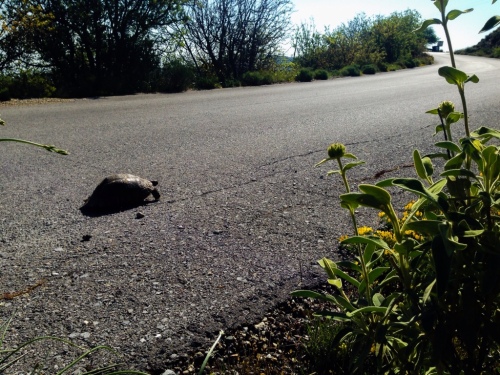 And finally this little guy helped remind me that slow and steady wins the race. I think I found my totem animal for this tour.